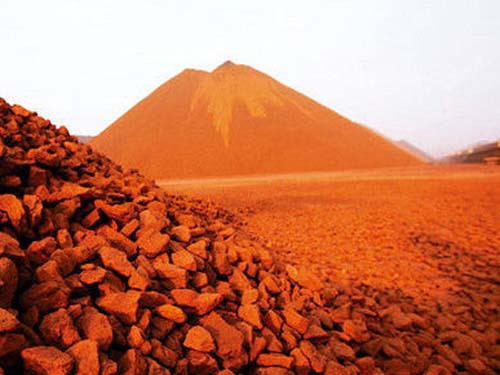 Iron ore is the source of industry and it is about national economic security. However, the reporter recently learned from the State Administration of Quality Supervision, Inspection and Quarantine that in the first half of 2014, the inspection and quarantine authorities detected 25 major short-weighing cases of imported iron ore with a short weight of over 2,000 tons. The total short-weight weight was as high as 107,100 tons, and the short amount was 1065. Ten thousand U.S. dollars. Black holes such as iron ore and other imported resource commodities are frequent.

Chinaâ€™s dependence on imported iron ore is as high as 60%, and the total annual import volume is close to 700 million tons. Once a large number of unqualified imported iron ore is flooded into the country, it will not only engulf the profits of domestic steel mills, but will also affect the quality of iron and steel products of steel-making enterprises, leaving inexhaustible security risks for downstream industrial production and construction.

According to the person in charge of the Inspection and Supervision Department of the State General Administration of Quality Supervision, Inspection and Quarantine (AQSIQ), Guangxi's Fangcheng port has continuously detected two batches of imported Brazilian iron ore, which is severely short. Two batches of imported iron ore were transported to Fangchenggang by the â€œCAPESUPPLIERâ€ and â€œANANGELGLORYâ€ respectively, and were examined and appraised by Fangchenggang Inspection and Quarantine Bureau of Guangxi. The previous shipâ€™s cargo was short of 2717.3 tons, the short-duty ratio was 16.36â€°, and the short-heavy cargo value was 23.67. Ten thousand US dollars; the latter shipâ€™s cargo was 2080.2 tons short, with a short-circuit rate of 12.14 inches, and a short and heavy cargo value of 185,700 dollars.

This is just the tip of the iceberg. Since the beginning of this year, the total number of Brazilian iron ore mines imported from the port of Fangcheng City has been 28, of which 9 batches have been detected as unqualified and the percentage of unqualified weight has reached 32.1%.

As for the increase in short heavy phenomena, Li Jing, director of the AQSIQ News Office, said: â€œBrazil, India and other countries have a long rainy season and high ore moisture content, so it is difficult to tell if they are malicious.â€ These also encourage foreign trade exports. In order to obtain profits and reduce losses, businessmen deliberately â€œlose two shortfallsâ€ and â€œconcentrate with waterâ€.

Unqualified imported iron ore is varied and lack of grade is hard to discern. Some are lump mines or raw ore that have not been screened and processed. Some ores are also mixed with grass seeds, stones, branches, and even contain a large number of highly toxic and radioactive substances. Most of the direct contacts with foreign miners in emerging markets are small and medium-sized traders at home and abroad. The trade relationship is very unstable, and it is very difficult to find out if problems arise.

About SD DEXIANG:
We are the biggest, saying the factory size.
Shandong Dexiang starts from 2008, now new factory covers 90000 m2, output more than 30000 pcs per month.
We are the No.1 brand saying the name in the market.
not One of the best, we are the No.1 brand in china market, our products bid most biggest peojects like State Grid, CNPC (china petro.), SINO PEC.
Dexiang products used on hundreds of projects including goverment offices, schools, companies, stations.
we have the best after sales, install team.
together with the famous brand name, our after sales is the best, which is a strong support to the brand.
we succefully installed all the projects mentioned, get clients' satisfaction.
we have the best quality
There are only 2 pcs faliure ever ! failure rate is lower than 1 of a million !