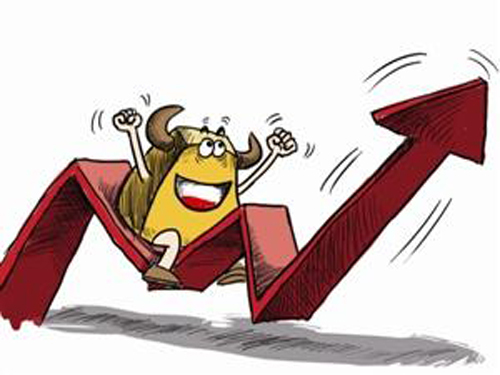 GDP in the third quarter increased by 7.3% year-on-year, the lowest level since the second quarter of 2009. The cumulative GDP of the first three quarters increased by 7.4% year-on-year. On average, if you want to achieve 7.5% for the whole year, the growth rate in the fourth quarter must reach 7.8%, which is a bit difficult. In view of the slump in the low level of industrial indicators in September, the central bank recently adopted a policy of loosening real estate and loosening funds. We expect GDP will rebound to 7.5% in the fourth quarter, annual growth will be 7.4%, and the growth target will be lowered to 7 next year. %.

In September, the added value of industrial enterprises above designated size increased by 8% year-on-year, a rise of 1.1 percentage points from August. This increase may come mainly from better recent exports and improved inventory, as investment and consumption are still falling. The growth rate of power generation in September also rose from -2.4% in August to 4%. Given that the level of industrial growth is still at a relatively low level in history, it remains to be seen whether or not it can be stabilized.

Overall investment is still declining, and there has been no improvement in real estate and manufacturing investment. From January to September, fixed asset investment increased by 16.1% year-on-year, down 0.4% from January-August and 3.5% from 2013.

In September, the total retail sales of consumer goods increased by 11.6% year-on-year, a decrease of 0.3 percentage points from August. In addition to the strong growth in the consumption of communications equipment, other major categories of consumption have been weak.

Credits improved in September. It is expected that the growth rate will reach 20% in the fourth quarter. M2 at the end of September will increase by 12.9% year-on-year, slightly up by 0.1% from August; M1 will increase by 4.8% year-on-year, 0.9% lower than August; ***** 85 billion yuan, 150 billion yuan higher than in August. This shows that after the economic downturn in July and August, credit in September eased.

We expect the total number of new entrants to increase by about 9.7 trillion yuan this year, an increase of 9.1% year-on-year, which is equivalent to that of 2013, which is also consistent with the tone that monetary aggregates are not relaxed. Since the active shrinkage of credit in the third quarter was very serious, it was -11.5% year-on-year, which left relatively large space for the fourth quarter. According to the scale of 9.7 trillion, the growth rate of new ***** in the fourth quarter will reach 25%, which is even higher than the second quarter. Based on this, we believe that the economic growth in the fourth quarter will increase to 7.5%.